If I Had Known Then, What I Know Now … Would I Do It Again?

It’s 10:30 pm…the phone rings, and, the Social Worker on duty at UVA Medical Center is asking if we can help a father with his two little girls with lodging for two or three nights.
The process works like this. I call one of the four hotels which is working with us to see who has a room available. I realize that it is going to be hard to place since there is a major concert event in town, and most hotels are booked beyond capacity. I pour another cup of coffee and begin to make the necessary calls. On my third attempt I am able to obtain a room for two nights with the instructions to call back in two days as a third night might be a possibility.

Then I call the social worker back to give her the confirmation number for the hotel. The next couple of hours are occupied with checking bank accounts, paying outstanding hotel bills, going through numerous emails to find out who made a donation, making notes for the next morning to write grant proposals, while uttering at the same time, “We need more money!” In October and November alone, the requests for help were up approximately 200%.

As I refill my cup of coffee again, I thought about that day in October 2008 when we made the decision to form Interfaith Humanitarian Sanctum (IHS) in order to help those people whom we classified as having “unmet needs.” Those unmet needs are well described on our website (http://www.interfaithhumanitariansanctum.org).

I remember sitting with Wade and Sam discussing how we cannot let those people, and some of them with children, continue to sleep in the lobby of the hospital or in the garage if they even have a car. They are not homeless people. These are people caught up in the injustice of the American financial and medical systems. They could not predict in advance that either they, themselves, or their loved one, would end up in a critical situation in the hospital from either and accident or illness.

We are speaking of those individuals who reside more than 60 miles or more from UVA Medical Center. Most are from two to three hundred miles from Charlottesville, Virginia. How hard can it be to form a charity? How hard can it be to give people the evidence that help is needed so the money can just “fly in?”

So we formed this 501 (3)(c) non-religious, nonprofit public charity with no paid staff and ready to respond 24/7 with four telephone contact numbers available day or night to reach us.

After seven months and many thousands of dollars for attorney, accountant, IRS, filing fees, etc., we finally received IRS approval. The last eight months have been trying. The money is NOT “flying in,” but rather traveling by “slow boat.” We are grateful that we have managed so far to respond to every request for help.

The small base of donors who have so graciously signed on with monthly donations, as well as the contributions from friends and family, and with the help of our own personal monies included, we have managed to accomplish the impossible.

It’s now early in the morning. The bills are paid. I am tired and have a slight headache, and I’m asking myself if I had known then what I know now, how hard it is and how hard it was, to do this necessary work, would I do it again?

Just then the phone rings again, and the social worker is on with another request. A cancer out-patient is being dropped off on Saturday for a Monday appointment. The patient’s ride to Charlottesville must return home and come back after the weekend for the patient. Unless an arrangement for a room can be secured, the patient will have no place to stay.

Thank goodness; it’s after the concert and rooms are most probably available.

After securing the room and calling the social worker back with a reservation number, she says, “Thank you so much for helping. The patient could not have come to UVA for the treatment without your help. God bless you!”

Well, there was my answer! Would I do it again? YOU BETCHA … YES YES YES!!! … now I have another cup of coffee.

Blessings…Rev. Elisheva Clegg
Posted by Interfaith Humanitarian Sanctum, Inc. at 10:51 AM No comments: 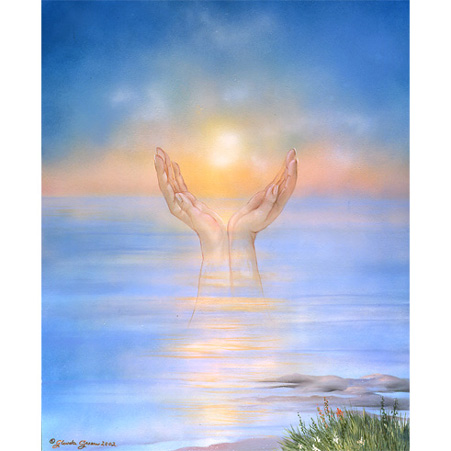